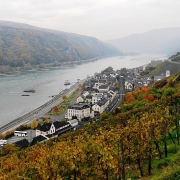 The President of the Western Liguria Sea Port Authority, Paolo Emilio Signorini, the Special Commissioner Marco Bucci and the President of the Liguria Region, Giovanni Toti, signed a joint declaration requesting, across the establishment of the Steering Committee, the go-ahead to the Simplified Logistics Zone (SLZ), as proposed by the Emergency Genoa Law 130/2018

Simplification and facilitations are the keywords in the Simplified Logistics Zone, with an easing of administrative procedures for businesses interested in locating manufacturing and logistic activities in the extended port area. The SLZ forms part of the package of emergency measures introduced by central government legislation in response to the tragic collapse of the Morandi Bridge in August 2018. Find more details here (external link).

Deutsche Bahn’s project management for the improvement of the Karlsruhe – Basel rail link demonstrates work progress in a number of places:

You can download the newsletter with the details here (external link, German language).

On 15 March, a considerable landslide interrupted the railway line along the right bank of the Rhine, at Kestert in the Middle Rhine Valley near the famous Loreley rock (Rhine-Alpine News reported). It cut through Europe’s most heavily used freight traffic line, which is a central part of the Rhine-Alpine transport corridor. The route remains closed for the time being. Most freight trains are re-routed via the other main railway line, along the left bank of the Rhine. Others take detours via a parallel line Dortmund – Siegen – Frankfurt or the Mosel – Saarbrücken line.

Meanwhile, workers clean up the rubble. In a next step, they will secure the slope with hundreds of steel anchors. Deutsche Bahn does not give an opening date yet but announced that the re-routed traffic is running stable. Here is the press statement (external link, German language).

We kindly invite you to the “Rhine-Alpine Talks” #8 on 16 April 2021, 11am – 12.30pm. It will deal with the topic “The Unlocked Potential of Inland Navigation to Green Rhine-Alpine Corridor”. The definite agenda will be published soon!

Become part of the corridor community and register here for this meeting!

This website uses cookies to improve your experience while you navigate through the website. Out of these, the cookies that are categorized as necessary are stored on your browser as they are essential for the working of basic functionalities of the website. We also use third-party cookies that help us analyze and understand how you use this website. These cookies will be stored in your browser only with your consent. You also have the option to opt-out of these cookies. But opting out of some of these cookies may affect your browsing experience.
Necessary Toujours activé