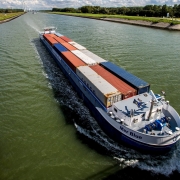 Importance of inland navigation for Rheinland-Pfalz 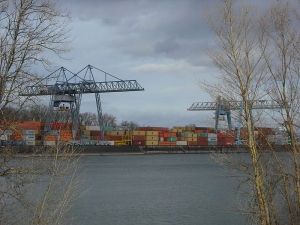 Mainz: The German state of Rheinland-Pfalz with its population of 4 million is located along central sections of Rhine and Mosel rivers. The state government’s ministry of transport outlined the importance of these inland waterways in its recent answer to a major interpellation (“Große Anfrage”) of its parliament.

With 22 million tons per year, waterway transport to and from the regional ports is twice as high as the German per capita average and significantly above the rail transport volume, which in Germany totals well above waterway transport. However, most of the transport volume is by road. The figures do not include transit traffic, which in the case of Rheinland-Pfalz is several times higher than inbound and outbound volumes.

The ministry of transport gave more details of the state’s waterway transport. This includes volumes handled by its larger ports, as well as data about shipping lines and tentative figures of transit volumes. Being an official parliamentary document, it is available in German only.

Brussels: As Enablers of Green Logistics, inland ports have adopted a series of recommendations regarding the European Green Deal in EFIP’s Position Paper. It comes to the following conclusions: 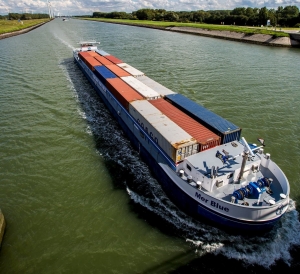 Rotterdam: E.ON, Port of Rotterdam Authority and DeltaPort Niederrheinhäfen are joining forces to create an infrastructure for climate-neutral transport routes. Freight and passenger ships with climate-neutral propulsion can exchange battery containers or refuel hydrogen in the ports. The aim is to enable climate-neutral goods transport between Rotterdam and the European hinterland by 2050.

The pilot concept will initially focus on the German inland DeltaPort location in Voerde and Wesel. Conditions in Wesel are ideal: aluminium producer Trimet generates residual heat from which E.ON can produce new energy. The infrastructure will be designed in such a way that not only ships, but also trains and trucks can refuel hydrogen or recharge their batteries in the port.