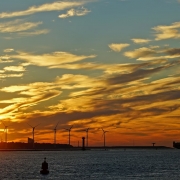 Utrecht: Austrian railway operator ÖBB has announced to start a night service between Vienna and Amsterdam. Deutsche Bahn is preparing for a new set of faster trains to operate between Berlin and Amsterdam. Dutch operator Nederlandse Spoorwegen (NS) confirmed to this newsletter that it thinks about offering traction for these trains. NS therefore looks into leasing locomotives that can operate in both the Netherlands and Germany. The night train services will need no more than two locomotives, but the request includes an option for another 15 engines that would allow handling the Berlin trains and or other services. 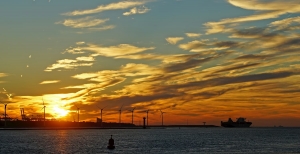 Brussels: The Communication on the European Green Deal sets very ambitious objectives for the EU and sends a strong message to the rest of the world regarding Europe’s ambition to reduce emissions by at least 50% by 2030 and to transform its economy to become carbon-neutral by 2050. The European supporting associations representing logistics service providers, seaport and inland port authorities, shippers, inland waterways, combined transport operators, rail freight operators, port operators and terminal operators, marine equipment manufacturers and shipyards welcome the Green Deal. They believe that it can be an opportunity for Europe, particularly if it enables EU industries to benefit from a “new growth strategy” that will boost their competitiveness while becoming more sustainable. Such an ambition should be achieved while preserving a level playing field with other regions of the world.