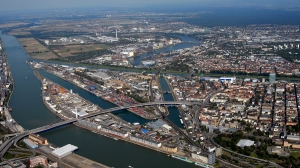 Mannheim: A study for the metropolitan region Rhine-Neckar detailed the future demand for industrial areas until 2035. While generally the finding of sufficient space will be a challenge, enough land will be available for transport and logistics related business, which is a main sector in this metropolitan area within the Rhine-Alpine corridor. However, the study finds that the available land may not be in the central parts of the metropolitan region. 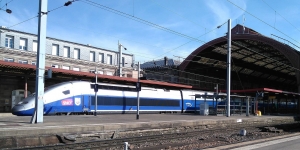 Strasbourg: On 5 March, a TGV high-speed train running from Colmar via Strasbourg to Paris derailed at full speed near Saverne, northwest of Strasbourg. Mud from a collapsed embankment had run across the rails. The double-deck TGV “Duplex” was well occupied with more than 300 passengers, of which more than 20 got injured. The high-speed line across the Vosges Mountains has been in operation for less than five years. Its opening had been somewhat delayed by a serious accident near Strasbourg during the test phase in 2015. Its underlying causes appear unrelated to last week’s derailment. 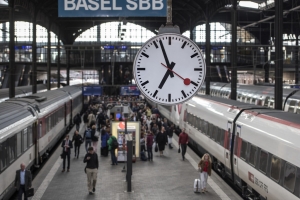 Basel: The main railway line from Basel towards the Lötschberg tunnel, on the Rhine-Alpine corridor to Italy, is being improved outside Basel: Tracks at Liesthal station are rearranged for better separation of regional trains and long distance trains. According to Swiss rail infrastructure operator SBB, work progress is according to plan (external link, German language).

In this context, work now started on a new bridge right outside Basel central station (“Basel SBB”), also to allow a more fluent operation of both regional and long distance operations, including freight trains.