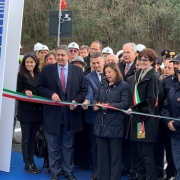 Business support organizations offer advice in the Corona crisis. Among them is Logistics Valley, a triple helix organization and partner for the Province of Gelderland (around the city of Arnhem). It started a website to help the logistic sector: www.logisticsvalleyhelpt.nl (external link, Dutch language). Logistic companies and entrepreneurs can use the information on the website, free of charge.

Logistics Valley connects entrepreneurs, government and knowledge centers for powerful, sustainable and innovative logistics Gelderland. It is an initiative of the Province of Gelderland and consists of three logistic hotspots: Rivierenland, Liemers Achterhoek and Nijmegen. Municipalities, education and knowledge centers such as the University of Applied Sciences Arnhem and Nijmegen (HAN) and other universities and the East Netherlands Development Agency (Oost NL) are affiliated with Logistics Valley as well as dozens of transport and logistics companies.

While the Rhine-Alpine corridor has lots of rail passenger service, its diversity makes a specific update difficult. However, for the current European and worldwide rail passenger service restrictions, including the corridor, the British website of a train enthusiast “The man in seat 61” (external link) may give a good overview. 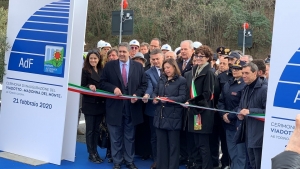 A viaduct on the Italian A6 motorway, connecting the port of Vado Ligure with its northern hinterland, had collapsed on 24 November 2019, after being hit by an imposing landslide. Ligurian Ports these days sent out surprising news: The new motorway viaduct was already inaugurated in late February, after a construction period of only 70 days!

“Today marks the beginning of the mending of wounds opened by the calamities of the last few years. The record time in which the viaduct was restored, as well as the execution of the works for the new bridge for Genoa, bodes well for the future,” says the President of Port System Authority, Paolo Emilio Signorini. 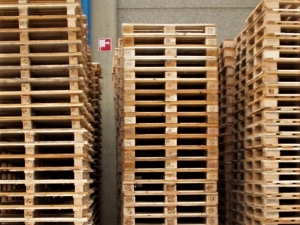 Finally, some further good and even entertaining news: Last week, a candidate in Germany’s “Who wants to be a millionaire” TV scheme won the jackpot (one million Euros) with his answer to a question about the very basics of logistics: „The classic European norm pallet is made of 78 nails, nine cubes and how many boards?” The candidate thought it over and then got it right. Spoiler: The correct answer is hidden in the headline of this news.