Port of Antwerp to double rail share of hinterland transport 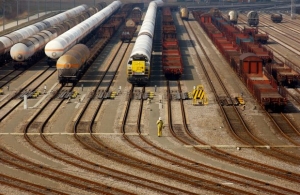 The port of Antwerp and Belgian rail infrastructure operator Infrabel agreed to work towards roughly doubling the rail share of the port’s hinterland transport by the year 2030.

The port authority cites the combination of a growing port, increased pressure on the road network and ambitious environmental objectives that make a modal shift absolutely necessary. The Port of Antwerp is working hard on promoting and supporting road transport alternatives. The share of rail transport in the port’s total cargo traffic only amounts to 7 percent today. To double this percentage by 2030, the Port Authority established Railport. With different partners (other rail operators,  Infrabel, etc.) Railport launches innovative projects. They must ensure that both rail transport within the port and connections with other European hubs are as efficient and reliable as possible. Measures are to include all kinds of cargo, including bulk and container. They willl thus have a huge impact on rail infrastructures to and from Antwerp. 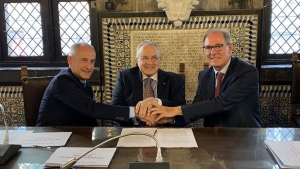 The architectural firm One Works is currently carrying out the final design of the extension of the “Cristoforo Colombo” terminal at Genoa airport by revising and adapting the original project, approved by ENAC in 2011, including the definitive design of the new baggage handling system. This will allow the start of preparatory work by the end of this year, with the adaptation of underground utilities. The new terminal will be bright, comfortable and environmentally friendly.

Adina-Ioana Vălean is the new Commissioner for Transport

Vălean has since been serving on the Committee on Industry, Research and Energy. She was the Parliament’s rapporteur for the Connecting Europe Facility (CEF) and the European Union roaming regulations. From 2014 to 2017, Vălean was one of the Vice-Presidents of the European Parliament, in charge of information and communications technology (ICT). She chaired the Committee on the Environment, Public Health and Food Safety from 2017 until 2019. Furthermore, she held positions related to international affairs and the Committee on Petitions.

Vălean has a master’s degree in European Integration and Security Studies, postgraduate studies in National Security and Defence Management, and a bachelor’s degree in mathematics. She served as teacher of mathematics before her full-time political career.