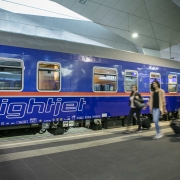 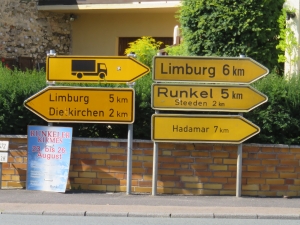 Frankfurt Metropolitan Region is one of Europe’s central economic areas, located right at the Rhine-Alpine corridor. Reducing regional goods traffic is an aim of the region. First, that means understanding the various aspects of goods traffic. Then there are many possible ways to deal with it.

Institutions within Frankfurt Metropolitan Region have done this for a number of years. They collected the many resulting projects on a website, with links to respective project info. This may be of interest to other urban regions. 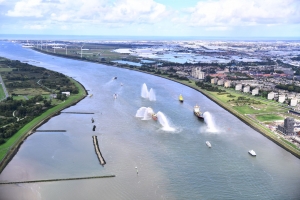 The Directorate-General for Public Works and Water Management (Rijkswaterstaat) and the Port of Rotterdam Authority celebrated the completion of the deepening of the Nieuwe Waterweg and Botlek. One of the busiest waterways in the Netherlands has been deepened by a metre and a half across a distance of 25 kilometres. 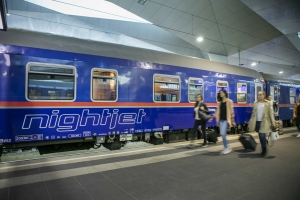 After Deutsche Bahn terminated its classic night train service in 2016, large parts of central Europe could no longer be reached by train overnight. Austrian national rail operator ÖBB stepped in with a number of services and has since further expanded its network. These days, the transport ministry of the Netherlands has announced an agreement with ÖBB to extend its Düsseldorf services into Amsterdam, along the Rhine-Alpine corridor. Trains will offer sleeping cars, sleeperettes as well as coaches. This goes with a subsidy of 6.7m Euros for the first three years of service (2021 – 2014).

Editor’s note: Breaking down that amount to more than 1000 days with one inbound as well as one outbound train each, and assuming roughly 300 seats/beds, would result in a subsidy of roughly 10 Euros per seat or bed offered.