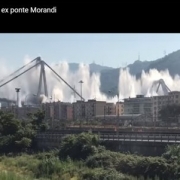 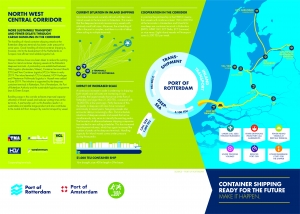 The inland terminals CTU in Lelystad, HOV Harlingen and Westerman Multimodal Logistics in Hasselt joined the North West Central Corridor in June. This partnership of deep-sea terminals, inland terminals and inland shipping companies on the Amsterdam-Utrecht-Rotterdam route was established in February 2019.

The number of inland terminals connected to the North West Central Corridor has increased in three months from five to eight terminals, resulting in a total shipment volume of 6,500 TEU per week. This adds approximately 100,000 TEU on top of the 250,000 TEU that is currently shipped via this trade route. Freight volume originating from Harlingen, Hasselt and Lelystad is transhipped in Amsterdam to inland vessels on the North West Central Corridor.

During the first quarter of 2019, the total maritime cargo turnover of Port of Antwerp fell by 3%, bringing the situation back to normal following the record figures of the first quarter in 2018. As the quarter unfolded, the total maritime cargo turnover again showed an upward trend. This trend is expected to continue in the coming months, also thanks to extra MSC cargo between Antwerp and Northern Europe.

The container market share (in tonnes) of Port of Antwerp rose to 27.5% in 2018, or an increase by 0.7%. This allows Port of Antwerp to post the highest increase in the Hamburg-Le Havre range. Net growth amounted to 650,000 TEU. 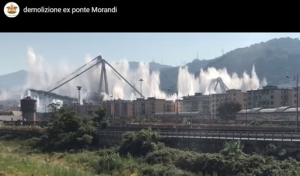 On 14 August 2018, the Polcevera viaduct in Genova collapsed during a storm, leaving 43 people dead and many more injured. The accident blocked the motorway and for some time also streets and railway lines below. The bridge was locally known as the “Morandi bridge”, after its architect. In a significant step forward, the remains of the bridge were now demolished on 28 June 2019 by a controlled explosion, to give way to a new motorway bridge.

Click here to watch a video by the City of Genova (external link, in Italian).

Click here to watch a video by CNN (external link, in English).