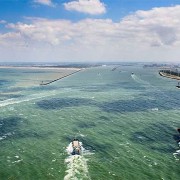 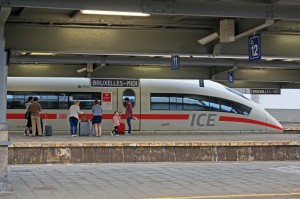 Deutsche Bahn, one of the two operators of high-speed passenger trains between Cologne and Brussels, has recently improved its through ICE train service Frankfurt – Cologne – Liège – Brussels and back. An additional pair of trains around lunchtime now results in seven pairs per day, running roughly every other hour. 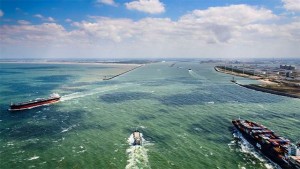 The Port of Rotterdam Authority considers it vital that the North Sea Consultation works towards a North Sea Agreement in the coming six months. This consultation is investigating where on the North Sea the challenges regarding food, energy and nature can be combined and where choices will need to be made. The Dutch Minister of Infrastructure and Water Management (IenW) is initiator of this consultation. The consultation concluded on 23 April, an in-depth meeting will be held with the representatives on 8 May.

The Regional Council of Piedmont has defined the criteria for the allocation of two and a half million euros for the purchase of vehicles used by the micro, small and medium-sized Piedmontese companies, replacing the most polluting cars. The new criteria complement the categories announced last December with a budget of 4 million euros, which allowed for the replacement or conversion of engines, then regarding commercial vehicles with a mass lower than 3.5 tons and between 3.5 and 12 tons only. The criteria adopted by the Regional Government provide that, in order to obtain the regional incentive, a company vehicle must be scrapped. The region of Piedmont is located in northwest Italy around its capital, the city of Turin. Read the complete news (in Italian language): https://www.regione.piemonte.it/web/pinforma/notizie/altri-due-milioni-mezzo-per-rottamazione-dei-veicoli-aziendali-piu-inquinanti