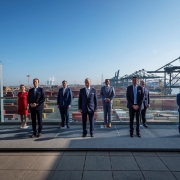 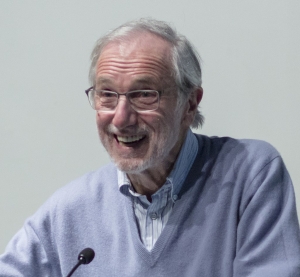 Genoa: First, there is some real good news. Less than two years after the collapse of the Polcevera viaduct in Genoa, the new motorway bridge is in place and currently scheduled to open for traffic in late July. Some days ago, the “New York Times” ran an in-depth and richly illustrated article on the construction of the new bridge. While this article in principle is behind a pay wall, the New York Times allows for some free views per month.

Bridge architect Renzo Piano (82), who also designed the New York Times Tower, got world fame for the Centre Pompidou in Paris (1971-77). Many of his works are in the cities along the Rhine-Alpine corridor, and in 2004, he did the master plan of Genoa Port.

Duisburg Port: 2020 figures will fall far behind the upswing of 2019 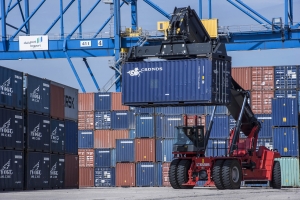 Duisburg: These days, duisport released its financial statement for 2019. The total handling volume of the duisport Group declined from 65.3 million tonnes to approximately 61.1 million tonnes in 2019. This represents a drop of 4.2 million tonnes. However, revenues increased in 2019.

The main reasons for traffic volume decline include weaker industry demand and Germany’s move away from coal-based electricity, which led to another significant decrease in bulk cargo. Other factors include the closure of the Öresund bridge, which has significantly impacted the trade with Scandinavia, and weaker demand for preliminary chemical products.

Duisburg expects a 10% downturn of the economy in 2020 and faces parallel challenges for port operation. 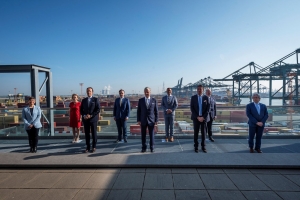 Antwerp: His Majesty King Philippe of Belgium paid a visit to Port of Antwerp on Monday 27 April. The port is classified as “essential national infrastructure” because of its importance in keeping Belgium and indeed a large part of Europe supplied.

Since the coronavirus outbreak, the port has remained 100% operational thanks to the efforts and commitment of all employees. The King therefore wanted to see with his own eyes how this is being done in practice, and was keen to show his appreciation for the some 60,000 people who keep the port running day by day. His visit underlines the significance of the port and of the work being done by all those in these exceptional times.