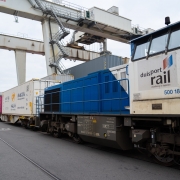 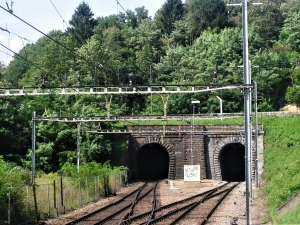 Bellinzona / Lugano: Rail traffic on the Gotthard axis will profit from the opening of the Ceneri base tunnel. It will do away with the remaining steep grades along the line and is envisaged for late 2020. Recently, test traffic has started. While the Corona crisis temporarily interrupted the tests, in the evening of 2 May the first high-speed runs have now reached a record 275 kph.

Here is a video of the record trip, filmed from the driver’s cab (external link; from there click blue button to see the video).

Antwerp: The former Opel car assembly site within the port area is being cleared. Covering an area equal to 110 football fields (almost a square kilometre), it will offer space for industrial activities in the circular economy. There will also be room for innovative start-ups and scale-ups with the focus on innovation.

Duisport: Further growth with more destinations in the China network. 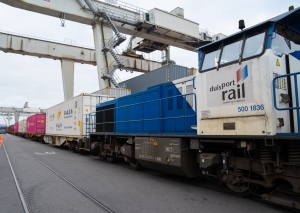 Duisburg: In the last month, rail-based merchandise traffic with China reached a new record. Normally, between 35 and 40 trains travel between Duisburg and various destinations in China every week. This number had declined in February and March. However, since some provinces lifted the lock-down, China’s economy has quickly started up again. Last month, the Port of Duisburg registered an increase to approximately 50 trains a week.