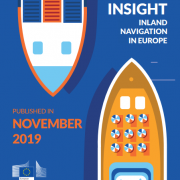 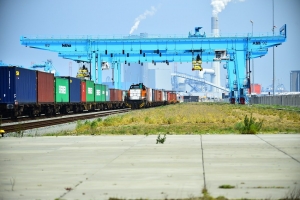 In late September, the port of Rotterdam’s rail network gained another new node. In its role of rail operator, APM’s container terminal in Rotterdam launched a direct rail connection with Container Terminal Herne GmbH – a stone’s throw from the cities of Bochum and Gelsenkirchen.

The service is executed by Rotterdam Rail Feeding (RRF), which despatches a train from the APM-II terminal at Maasvlakte to the Ruhr Area and vice versa three times a week, to be increased to six departures per week in late 2019. ‘This means we can offer our clients a swift and reliable connection with this area – the first of its kind in Rotterdam,’ explains APM’s Head of Commerce Management Roy de Haan.

In 2019 Port of Antwerp signed MoUs (Memoranda of Understanding) with ports all over the world. Various project teams from the different ports are working towards wider partnership aimed at facing the challenges of the future together and achieving higher levels of performance. The first MoU of the year was signed with Montreal Port Authority. This was an extension and broadening of another agreement signed in 2016. Under the new MoU a project plan is being set up focusing on solutions for mobility, energy transition, sustainability and security.

This was followed by MoUs with Port of Buenos Aires, Port of New York New Jersey and the French umbrella organisation Hauts-de-France. These smaller agreements concerned shared promotion activities and more intensive collaboration. 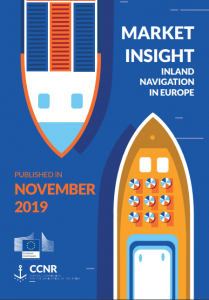 The Central Commission for the Navigation of the Rhine, the international body to uphold the principle of the freedom of navigation on the Rhine, has published its 2019 “Market Insight – Inland Navigation in Europe”. The report has detailed statistics about many aspects of commercial navigation and existing infrastructures. Due to its importance as a transport axis, the Rhine is prominently featured. Some highlights:

Transport performance on inland waterways in the European Union in Q1 2019 recovered from the low water period in the second half of 2018. Indeed, with a value of 37.5 billion tonne-kilometres in Q1 2019, transport performance was 30 % higher than in Q4 2018, a period during which the Rhine, the Danube and the Elbe suffered heavily from low waters.

Among the three countries with the highest IWW transport performance in the EU (Germany, the Netherlands, Romania) in Q1 2019, the growth rate in Q1 2019 compared to Q4 2018 was the highest in Germany (+62 %), which was mainly a result of the resumption of transports on the Rhine on a large scale.