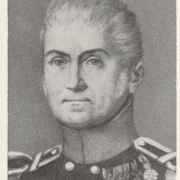 The MSC cruise company has started weekly cruises in the Western Mediterranean Sea from Genoa, with their flagship MSC Grandiosa. The ship for 6,300 passengers and 1,700 staff was launched in 2019. It currently operates at much lower capacity. Cruises are open for passengers from Schengen countries. MSC will start a similar weekly cruise operation in the Adriatic Sea and the Eastern Mediterranean.

The other main operator of large cruise ships in Europe, Costa Cruziere, will match these services with two own ships in September. Costa’s ships will be open for Italian passengers only and will only visit Italian ports, with the western route to start from Genoa as well. The other about 30 ships of the two cruise lines will stay out of service at least until the end of October.

Duisport to invest in Trieste

Duisburger Hafen AG (duisport) is currently preparing an investment in the hinterland of the North Italian seaport together with the Port Authority of Trieste and the local financial holding company Friulia S.p.A. (Friulia). The investment target is “Interporto di Trieste S.p.A.” (Interporto), a company within the Trieste Port Community.

Interporto operates three logistics facilities in and around Trieste, all with excellent rail connections and almost one million square meters of floor space and approximately 130,000 square meters of storage space. “This is a meaningful extension of our international network. Especially for our customers who set their priorities in the transport of goods in the European area”, says duisport CEO Erich Staake.

While Duisport is Europe’s largest inland port by far, Trieste is the largest Adriatic port, with strong hinterland rail connections. Together with Genoa, it also plays a main role in the Chinese “Belt and Road” strategy. Read the whole press stetement here (external link).

Docu-drama: The man who tamed the Rhine

In early 19th century, the upper Rhine valley between Basel and Mainz was a wide swampland, occupied by a shallow meandering river. Straightening the course of the Rhine allowed not only for agriculture, but also for modern navigation. The driving force behind the project was Johann Gottfried Tulla (1770 – 1828), an administrator of the then Baden state.

The French-German TV station “Arte” released a docu-drama about the life and work of Tulla. You can view it in German language here and in French language here (external links). While it speaks for the previous calamities that Tulla died of Malaria, drying the swamps had severe ecological impacts, and it also moved the flood risk downstream. Along the upper Rhine, natural protection as well as flood management remain serious issues today.