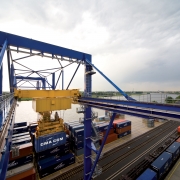 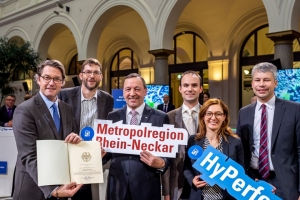 The Metropolitan Region Rhine-Neckar (MRN) is among the winners of the national competition „HyLand“ on hydrogen regions in Germany.  As the Federal Ministry of Transport and Digital Infrastructure (BMVI) announced, the region will receive a total of 20 million Euros in the category “HyPerformer” for putting into practice the concept for integrated expansion of hydrogen use and for creating related added value.

The regional development corporation Regionalentwicklungsgesellschaft Metropolregion Rhein-Neckar GmbH (MRN GmbH) leads the consortium „H2 Rivers“ with 18 partners from its region as well as from Stuttgart Region. This will result in an investment of 61 million Euros and will include e.g. a high-pressure filling installation, H2 gas stations, and cars, buses, garbage trucks and road maintenance vehicles with fuel cell technology.

The Pilot Committee of the European project GNL Facile (co-financed by the EU through the Interreg Italy-France Maritime program) met in Genoa, at the headquarters of Liguria Region. It involves the Chambers of Commerce of Corsica and Var and the Port System Authorities of Liguria, Tuscany Region and Sardinia Region. The project aims to reduce the use of polluting fuels in ports as required by EU, seeking small-scale solutions for the supply of LNG to land and sea vehicles.

Based on in-depth assessments of relevant regulations and safety implications, the project plans to implement and test mobile stations to supply LNG to trucks, operational vehicles and boats.

In parallel, the actual energy consumption of all operators active within the port area will be calculated from disaggregated data provided by port operators through questionnaires distributed by the RETE-LNG project. 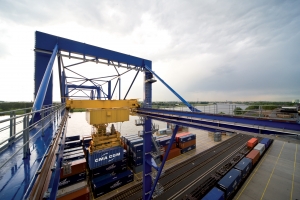 The European Federation of Inland Ports (EFIP) welcomes the Green Deal’s aim and proposals. As “Enablers of Green Logistics”, inland ports are convinced that they are essential in the achievement of a carbon-neutral Europe. Their role as multimodal hubs bringing together low-emissions modes of transport and promoting smart city logistics solutions will be key in the transition to smart and sustainable mobility.

The renewed support for the modal shift to cleaner forms of transport will prove vital to reaching emission reduction targets. In order for waterborne transport to fully decarbonise, inland ports will need to be able to develop the necessary infrastructure but this requires a clear roadmap outlining the path forward. The review of the Alternative Fuels Infrastructure Directive and the proposed legal initiatives to increase the uptake of alternative fuels are thus welcomed and will be of paramount importance to the evolution of the sector. Finally, European inland ports welcome the proposed initiatives on digital and smart logistics.