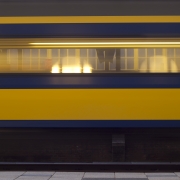 On the eve of the opening of the Ceneri Base Tunnel on the Gotthard line, the Italian Minister of Infrastructure and Transport, Paola de Micheli, and the President of the Swiss Confederation, Simonetta Sommaruga, have sealed a bilateral agreement for the expansion of the Simplon rail network, part of the other main railway crossing of the Alps, along a more western route.

The major infrastructure works are funded by a total of 134.50 million euros from the Swiss Federal Council and 103 million euros from the Italian Ministry for Infrastructure and Transport. The agreement concerns in particular the Brig-Domodossola and Domodossola-Novara sections via Arona and Sesto Calende. The work will be concluded, according to estimations, in 2028. It will allow the passage of trains with loads of four meters high at the corners.

The President of the Western Ligurian Sea Port Authority, Paolo Emilio Signorini, stated, “The creation of a flat trajectory for rail freight from Genoa to Rotterdam across the Rhine-Alps Corridor is set to be fulfilled, the first in Europe. The Port of Genoa will truly rank as a major rail gateway from the South across Europe, offering indisputable environmental and economic benefits.”

The new stimulus plan for the ports of Genoa can offer financial support for far-reaching investment programmes, linking them to EU priorities. It was proposed by the Italian public port authorities, whilst simultaneously mobilising resources from the port operating budgets to meet other immediate expenses. Specifically, the Ports of Genoa have submitted the following proposals to the Ministry of Infrastructure and Transport:

In densely populated Netherlands, cities are close and average travel distances are short. This puts specific emphasis on frequency as a means to improve service. National passenger service operator Nederlandse Spoorwegen has announced an extended network that in the coming years will see Intercity trains every ten minutes. All these lines are within the Rhine-Alpine corridor, most notably the Schiphol (Amsterdam airport) – Amsterdam – Utrecht – Arnhem – Nijmegen line. It will see the ten-minute headways, up from today’s fifteen minutes, from late 2021.

Find the news here (external link, Dutch language), including a map of the high-frequency routes.