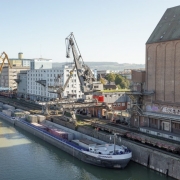 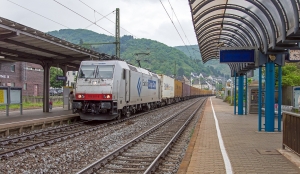 Evofenedex, the association of Dutch international logistics operators, states about long freight trains: “Last year, the Dutch government and infra manager worked on making longer freight trains of a maximum of 740 meters on Dutch rail freight corridors possible. On the German side there was less enthusiasm for these trains. At the beginning of this year, a 740-meter-long train was stopped at the Venlo-Kaldenkirchen border crossing. evofenedex argues for the rapid deployment of these longer trains on all major European corridors. This makes the railways more attractive for shippers and production companies for the transportation of their goods. A decent amount of CO₂ can be saved and the congestion on the road can be reduced by using longer trains.” 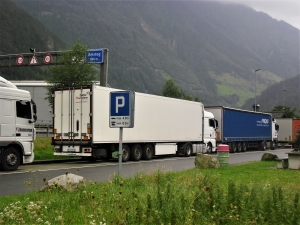 The Chinese e-commerce giant Alibaba donated 1.8 million face masks, of which the first 500,000 are intended for the Italian health service. The masks arrived at the Alibaba distribution center at Liège airport in Belgium by air from China, to be forwarded by truck, via the Rhine-Alpine corridor.

Trucks often deliver air cargo to and from the big air cargo hubs. Thus, air cargo often takes routes one would not easily expect, as in this example. 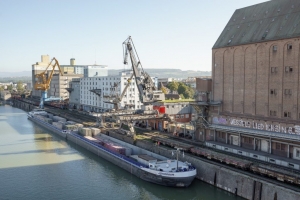 In 2019, the cargo handled by the ports of Switzerland has grown significantly above the 2018 figures. In 2018, low water levels on the Rhine had hampered port throughput. The ports, which are in Basel and vicinity, reported a total amount of more than six million tons, one of the highest levels ever recorded. The increase from 2018 is 29%.